Home Visit Us The Tower

Shaded areas are Museum work rooms not open to the public.

Ground Level
Entrance and exit via the new drawbridge through the six feet thick Tower wall.
Reception counter and gift shop. Books, gifts, souvenirs, collectibles and all general enquiries.
Access to old steep steps built into the wall leading up to the gun platform affording 360 degree views.
Glass cases of items found on Seaford shore. ‘Phoebe’, our restored ship’s figurehead. Ship’s figurehead, believed to be from the ‘Peruvean’, wrecked in Seaford Bay on 6th February 1899.
Access to the Moat level via the lift or down the concrete stairs, flanked by pictures of former local dignitaries and paintings of the 1875 flood.

Emergency exit to the open moat.

Open for enquiries 1:30 to 4:00pm on the first Sunday of each month and for special arrangement.

Emergency exit to the open moat. 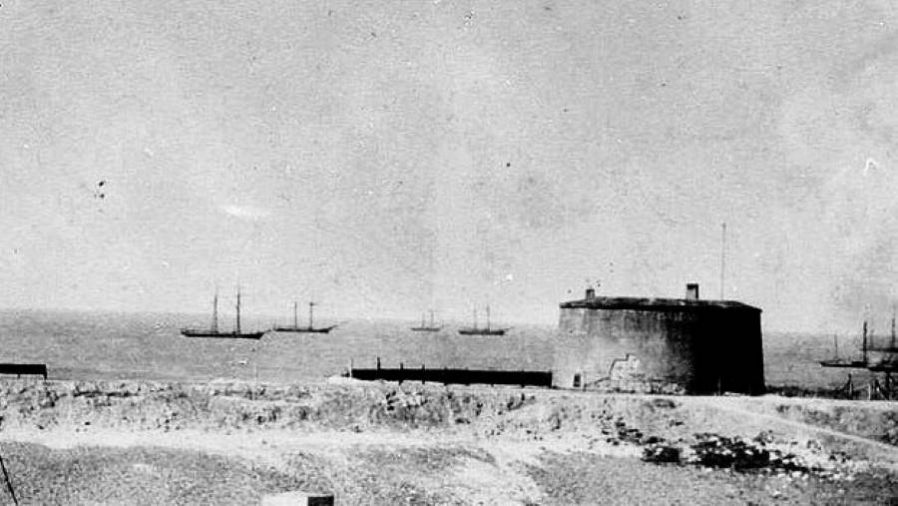 This is the earliest know photograph of the Tower, taken in around 1840. Find out about the tower’s history >>

You may have noticed that there's lots going on at Tide Mills, preparing for 5 days of free live events, 5pm to 10pm, every evening

Your chance to explore by far, one of the most exciting lost villages in all of East Sussex – and be entertained among the ruins. The Tide Mills Project has commissioned nationally acclaimed artists, designers, sculptors, poets, musicians, and writers to work with the local community and bring the...

Mandy and I were honoured to be invited to the unveiling of plaques at the Royal Sussex Regiment Memorial Garden at Hurstmonceaux Castle this morning.

The top of Blatchington Hill in 1891.

It was good to see a small street market in Church Street on Saturday. I hope that it can thrive. This shows a street market

Watch out if you are on the seafront near the Esplanade Hotel. I have just seen this group of neer-do-wells hanging about. (Kevin)

It was nice to meet Sarah Nathaniel of the Commonwealth War Graves Commission at Seaford Cemetery today. Sarah is providing two guided tours of the

As part of Heritage Open Days, join us for a guided tour of the war graves at Seaford Cemetery.